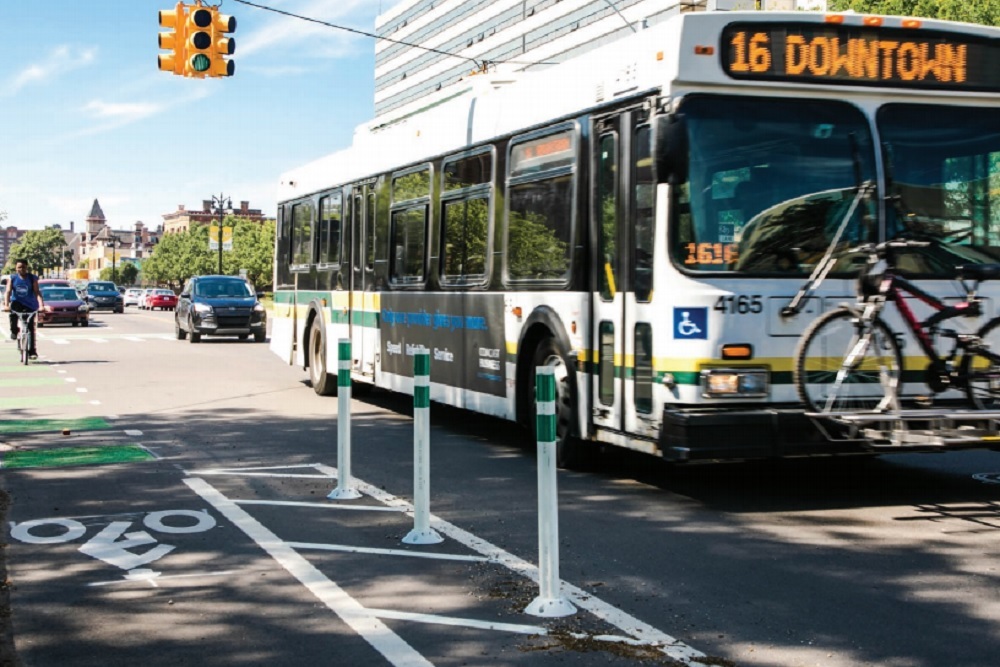 The No. 16 Downtown bus on its route | detroitmi.gov/

There's recently been a slight uptick in the number of reported assaults on Detroit-area bus drivers, the city's transit police chief and a union official recently told a transit publication.

Some of those reports turned out to be false, Detroit Transit Police Chief Ricky Brown was quoted in the Jan. 3 edition of Mass Transit.

"In reality, it's a couple assaults (recently)," Brown was quoted in the Mass Transit story. "In one case, a driver thought someone pointed a can of pepper spray at them, but after we investigated it, that wasn't what happened. In another case, what was reported to be an assault was actually mutual combatants."

An uptick in the number of assaults on area bus drivers has those drivers "feeling a little antsy," Amalgamated Transit Union Local 26 President Glenn Tolbert also was quoted in the Mass Transit story. Local 26 represents more than 400 Detroit Department of Transportation (DDOT) drivers.

"We've had everything from drivers being spit on to actually being punched," Tolbert said. "We definitely need more transit police - one car and eight officers for the entire city is not enough."

The city's transit system has transported more than 20 million passengers since last January and, at the time of the Mass Transit story, 17 assaults had been reported "and many of them were minor," Brown said.

"For example, a driver reported an assault because a guy moved her hand off the fare box," Brown said.

He estimated that 20 percent of reported assaults on bus drivers were "legitimate assaults."

"When I say legit, I mean someone was punched or kicked or spat on, which we also consider an assault," Brown said.

Assaults on Detroit-area bus drivers are nothing new.

The Mass Transit report came less than a week after video emerged of a Detroit bus driver assaulted last month with fast food and fists before she was pulled from her seat, causing her bus to crash into an electrical box and a street sign. The bus eventually came to a stop near the Mack Avenue and Bewick Street intersection.

The bus driver's attacker was subdued by another passenger but managed to escape through a bus window.

After days of search for "Detroit's most wanted bus rider," a 23-year-old so far identified only as "Dee Dee" turned herself in at the Detroit Detention Center on Jan. 10.

Want to get notified whenever we write about City of Detroit ?

Sign-up Next time we write about City of Detroit, we'll email you a link to the story. You may edit your settings or unsubscribe at any time.